MissionGreen Services is proud to service the community of Monson, Massachusetts, offering a Lawn Care Service that’s pet friendly, family friendly and safe for the environment, as well as a Pest Service Program that helps protect your home and landscape from a variety of invasive pests including Mosquitoes, Ticks, Spiders and more. Enter below for your FREE quote today!

“The first colonist to settle in present-day Monson was Richard Fellows, who in 1657 was granted 200 acres (81 ha) of land by the Massachusetts General Court. He built a tavern along the Bay Path, which was the primary route from Springfield to Boston, and which ran through the northern part of Monson.

In the 19th century and early 20th century, mills were built along the Chicopee Brook, which runs south to north through the center of the town. One of the most successful industries during this time was the woolen mills, which were operated by industrialists such as Joseph L. Reynolds, Dwight W. Ellis, C. W. Holmes, and S. F. Cushman. In addition, Heiman & Lichten operated a successful straw and felt goods factory on Main Street.

Monson was also known for its granite quarries; the first quarry was opened in 1809, east of present-day Margaret Street. It was used for a short time by the federal government to supply stone for the Springfield Armory, and was later sold to Rufus Flynt, who opened a commercial quarry on the site in 1825 with five employees. By 1900, the quarry was operating under the name of W.N. Flynt Granite Co., and had expanded to almost 500 employees.” 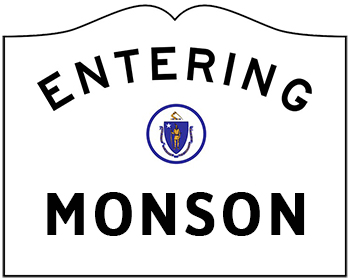 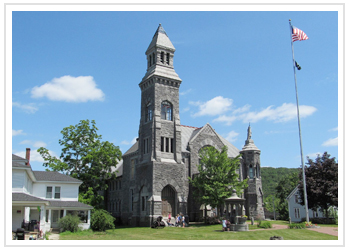 At MissionGreen, we care as much about your property in Monson, MA as you do! We always use the safest products, and we always comply with proper application techniques. In addition, our commitment to a healthy environment means we stay informed about new and improving technology. With over 30 years of experience, we have the knowledge and expertise to provide a safe, healthy environment around your home. Try the MissionGreen way for a pet friendly, family friendly lawn care service you can trust.