MissionGreen Services is proud to service the community of Palmer, Massachusetts, offering a Lawn Care Service that’s pet friendly, family friendly and safe for the environment, as well as a Pest Service Program that helps protect your home and landscape from a variety of invasive pests including Mosquitoes, Ticks, Spiders and more. Enter below for your FREE quote today!

“Palmer is composed of four separate and distinct villages: Depot Village, typically referred to simply as ‘Palmer’ (named for the ornate Union Station railroad terminal designed by architect Henry Hobson Richardson), Thorndike, Three Rivers, and Bondsville. The villages began to develop their distinctive characters in the 18th century, and by the 19th century two rail lines and a trolley line opened the town to population growth. Today, each village has its own post office, and all but Thorndike have their own fire station.

Palmer’s industry developed in Bondsville. During the 18th century, saw and grist mills were established by the rivers, and by 1825 Palmer woolen mills began to produce textiles. The Blanchard Scythe Factory, Wright Wire Woolen Mills, and the Holden-Fuller Woolen Mills developed major industrial capacity, and constructed large amounts of workers’ housing. By 1900, Boston Duck (which made heavy cotton fabric) had over 500 employees in the town. The 20th century brought about a shift of immigrants in Palmer from those of French and Scottish origin to those of primarily Polish and French-Canadian extraction.” 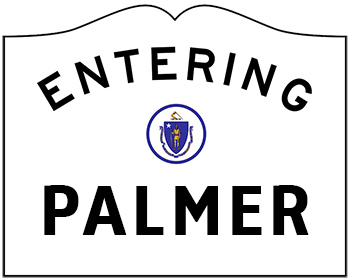 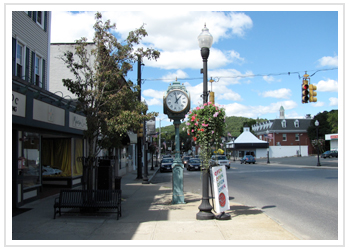 At MissionGreen, we care as much about your property in Palmer, MA as you do! We always use the safest products, and we always comply with proper application techniques. In addition, our commitment to a healthy environment means we stay informed about new and improving technology. With over 30 years of experience, we have the knowledge and expertise to provide a safe, healthy environment around your home. Try the MissionGreen way for a pet friendly, family friendly lawn care service you can trust.